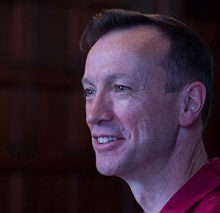 David Hatcher was born in Warwick and upon attaining the LTCL diploma two years after taking up music, he went on to study viola da gamba with Charles Medlam and recorder with Philip Thorby at Trinity College of Music, London.

He began his career based in England, touring to America, Israel, France, Germany and the Netherlands. He has broadcast for both the BBC and independent radio and television.

In 1987 he moved to Japan where he was to remain for the next nine years, taking an active part in that country’s flourishing early music scene. He has recorded with Evelyn Tubb, The Consort of Musicke, I Fagiolini, Sprezzatura, and the Japanese ensembles Chelys, Ensemble Ecclesia and the Bach Collegium of Japan.

David now lives in Leominster on the Welsh Marches and has appeared with the Royal Shakespeare Theatre, The Globe Theatre, The Consort of Musicke, Muisca Antiqua of London, The Corelli Orchestra, The Harp Consort, Glyndebourne Opera and many other period orchestras and ensembles.

He regularly teaches on summer schools such as the Cambridge Early Music Summer School, the Easter Early Music Course at Ascot and Sastamala Gregoriana in Finland, and is in demand as a tutor for many weekend and day courses. Recent projects include performing in Damon Albarn's opera "Dr Dee" and performing and recording with I Fagiolini in their hugely succesful interpretation of Striggio's 40-voice mass.